Get fresh music recommendations delivered to your inbox every Friday.
We've updated our Terms of Use. You can review the changes here.

Magna Of Illusion: A Tribute to Sandy Pearlman 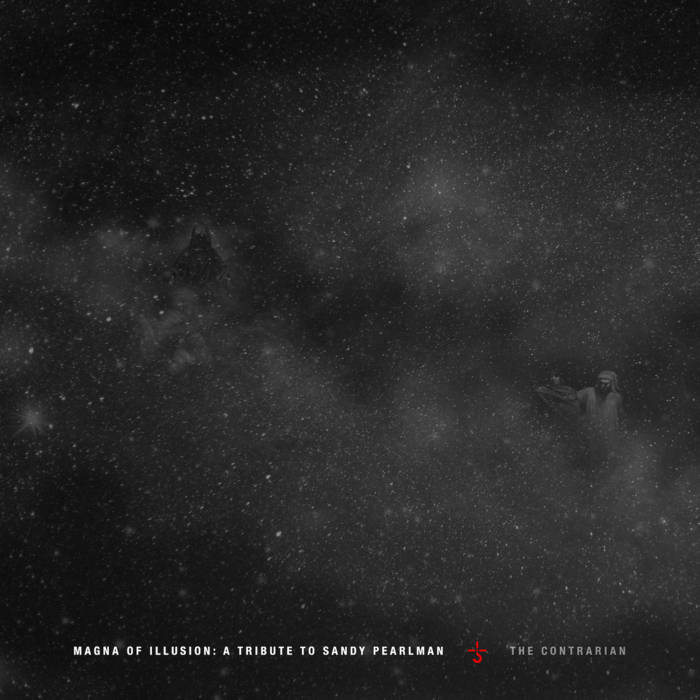 Sandy Pearlman was like family to me. A best friend. A crucial mentor. He passed in late 2016 having suffered a tragic stroke a short time before.

Sandy was best known as the brains behind Blue Öyster Cult—he took an obscure crew of Byrds-loving Long Island psych-rockers and transformed them into an apocalyptic sci-fi biker gang; a revved-up, proto-metal mutation with an uncannily seductive side. Sandy wrote the lion's share of the lyrics on their first few records, for which he also served as co-producer. Later, he focused more on managing the band, but also enjoys the occasional writing credit on later BOC works. Sandy also served as Black Sabbath's manager during the Dio years, and controversially produced The Clash's difficult second album, Give 'Em Enough Rope. (I'm keeping those stories to myself, so as not to offend the delicate sensibilities of Clash fans.)

I met Sandy ten years ago at an intimate house party. He'd long been my hero—not only was he the manager and producer of my favorite weirdos, he also was one of the very first rock music critics. And yet the man himself was a total mystery. It wasn't easy finding the road to Sandy Pearlmanville. So you could say I was somewhat stunned that we ended up standing over an hors d'oeuvres table together. I’m pretty sure I cornered him, yet I’m pretty sure he welcomed being cornered. We talked about drum sounds, audio compression, MKULTRA, The King In Yellow (this was ten years before True Detective), the High Crimes of Dick Cheney and who the hell knows. I don’t think I said more than three words to anyone else at the party, besides speaking to a certain punk icon about vinyl siding.

Sandy was the only guy I actually wanted to meet in my life in music. I’d been puzzling over his identity since I first purchased Agents of Fortune by Blue Öyster Cult . As I delved deeper into their catalog, I came to realize that the band's best work, bears the mark of Sandy's prodigious intellect. Sandy was a Renaissance mind with a rock ’n’ roll heart; a flaming telepath with zero interest in dumbing things down for fools and opportunists. My kind of people. Sandy had been everywhere, done everything, and had a story about all of it. I couldn’t possibly list all of his accomplishments here, and more than half of them aren’t on the internet.

I guess Sandy saw something in me, because soon after meeting him, he started calling to talk about whatever. Usually after midnight. And I do mean whatever. There was often a point to the conversation — maybe he was planning one of his not-infrequent trips to DC — but it always took at least an hour to get there because first we had to speculate on emergent technology, capital investment in the digital music sector, political apocalypse, as well as more arcane topics. Deeply arcane. It became a thing when he and I were in a public setting that people would attempt to join our conversation and give up almost immediately due not only to the unconventional subject matter, but the relentless leapfrogging.

Sandy loved the hidden, the weird, the uncanny, especially in art and letters. Secret or alternate histories, occult possibilities, the psychedelic horrors lurking just under the surface of consensus reality — the stuff of enduring friendship. It infected our communication right down to the mundane. “Hey, let’s stop at that crypto-711 and see if they have anything remotely edible,” he’d say while driving me around Montréal. Whenever I’d travel solo, he’d have at least two or three restaurant recommendations. They were always incredible.

Often, I’d call Sandy to run an idea past him. There is literally nobody besides my wife who I trust to endure my yammering and find the nugget of potential. Sandy not only raced far ahead, he introduced new quantum possibilities. The maddest of scientists. And I can't call him anymore. We're not gonna gin up a panel on Bruckner's influence on heavy metal.

Sandy set me up as a so-called public intellectual. I may not have realized it at the time, because I was just psyched to hang out with the smart kids. And by smart kids, I mean actual geniuses. I owe him more than I could possibly ever pay back.

Sandy also tried to help his industry get its head around digital for at least 20 years to no avail. Not only did they not listen, they actively resisted. And later, when his predictions came true, they were immediately commoditized — and not particularly well, which is the real kick in the teeth. In his later years, he served as an adviser to the Library of Congress on their audio preservation team. Ever wonder why Patti Smith's Horses is federally recognized as an important cultural work? That was all Sandy.

This record is a tribute to Sandy's vision for the Blue Öyster Cult. I played all the instruments myself, as I typically do. The songs are lovingly detailed recreations, and not not reimaginings. These tracks are meant to sound like they do on the original records, with slightly beefier production. I attempted to capture the feel of a band bursting with otherworldly creativity, often intense, occasionally menacing and enchantingly deranged. Most are written by Sandy, but some are songs I knew he liked. I'd like to think that Sandy would be pleased at the result, even if he would no doubt find the entire exercise ridiculous.

Not every Marty has a Doc. Not every Morty has a Rick. I'm lucky to have had a Sandy.

All proceeds to benefit audio preservation at the Library of Congress.

All instruments and vocals: Casey Rae
Recorded, mixed and mastered by Casey Rae at Sounds of the Baskervilles Studios, Washington, DC.

The Contrarian is the alter ego of Washington, DC-based musician/producer/writer Casey Rae.